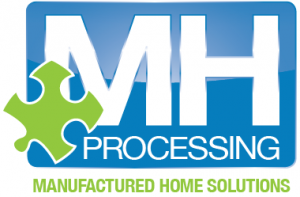 The 433A is a recorded document also known as: “NOTICE OF MANUFACTURED HOME (MOBILEHOME) OR COMMERCIAL MODULAR INSTALLATION ON A FOUNDATION SYSTEM”.

There is a certain irony that the document does not utilize the term “Permanent Foundation”, yet the HCD Form 433A is synonymous with the term. It is an important distinction to make because the common perception is that by retrofitting a manufactured home’s foundation, it is then installed on a foundation similar to a site built home and the home can never be moved. This is not the case. By virtue of the 433A and installation of a state approved foundation system, the land and home become mechanically attached and thus are physically and legally conjoined as one entity. At that point the home becomes a physically affixed to the land and becomes a Single Family Residence. With respect to a manufactured home unit and the 433A, the legal attachment by this document overrides any visual determination, even by a contractor or an engineer. Until a 433A is recorded, no matter how significantly the home is supported, tied-down, strapped, or braced, the home is still considered personal property or chattel until the home is legally affixed. This is not to minimize the extra stability and security that might exist by virtue of heavy duty components, strapping or seismic bracing, but the principal purpose of the 433A is to convert the home to real property for the security interest and title security of the home. Where problems have occured in the past are when loans were originated based on an appraiser’s visual determination of physical attachment or an escrow officer’s determination that the home was assessed as real property, yet there was no legal attachment. A 433A is California’s only document providing recorded legal notice that the home and land are conjoined as real property.

A recorded 433A is the defining instrument for lender and title security (ALTA 7). If one doesn’t exist, then you’re probably in need of our services now or in the future. In California, the process of conversion is overseen by the Department of Housing and Community and complies with California Code of Regulations, Title 25, Division 1, Chapter 2, Section 18551. As a recorded document, the 433A provides security to the lender, the title Company and the homeowner that the land and home are one entity.

Although the 433C was previously accepted by some lenders, the 433C is a paper document creating a voluntary conversion to property tax but because it does not prove the home is on a permanent foundation, it does not meet most lending requirements. Therefore, the most satisfactory title elimination is accomplished by having the manufactured home installed on a state-approved permanent foundation system, permitted by the overseeing building authority and having a recorded 433A proving to that fact.